HARRISBURG – Today, legislation sponsored by Senator Mike Regan (R-31) that will educate every student athlete and their parents about electrocardiogram (EKG) testing for detecting underlying heart conditions that can lead to Sudden Cardiac Arrest (SCA) was signed into law by the governor as Act 73 of 2020.

“SCA is the leading killer of student athletes in the United States and the leading cause of death on school campuses,” noted Regan. “Recognizing these staggering statistics, I introduced this legislation in honor of Peyton Walker, a young woman from Mechanicsburg who died of SCA at the age of 19.”

Senate Bill 836, known as Peyton’s Law, builds off of Act 59 of 2012, the Sudden Cardiac Arrest Prevention Act, which established the current requirement that student athletes and parents receive an SCA symptoms and warning signs information sheet each school year that must be signed and returned prior to participation in athletic activities.

Based on legislation enacted in Texas, known as Cody’s Law, Peyton’s Law requires: 1) information be provided to student athletes and their parents/guardians regarding EKG testing and 2) they be notified of the option to request the administration of an EKG in addition to the standard physical examination.

“I want to thank my colleagues from both sides of the aisle in both the House and the Senate for unanimously supporting this important bill, and I am grateful the governor also recognized the importance,” stated Regan. “Additionally, Peyton’s mom, Julie, and the entire Peyton Walker Foundation is to be commended for all that they do but especially for championing this legislative effort.” 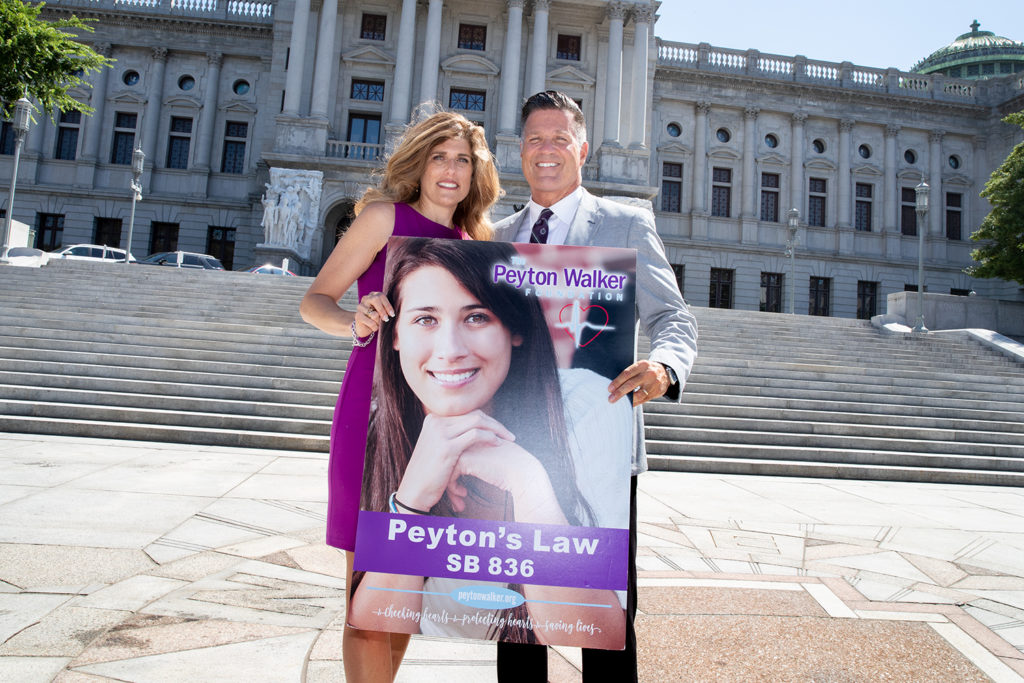